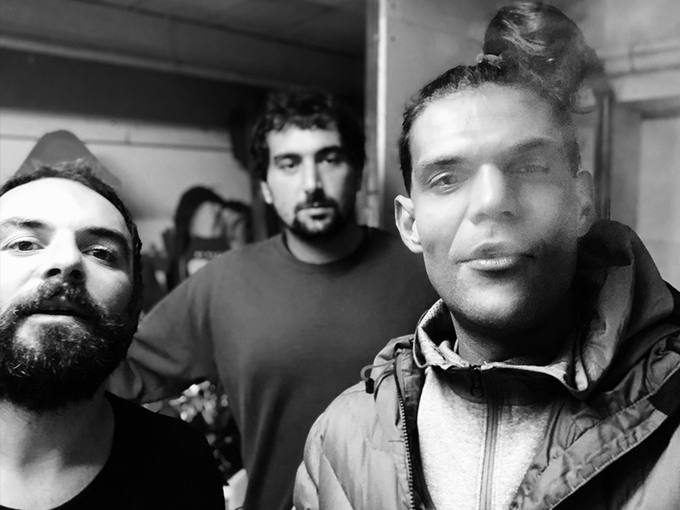 ACTIONMEN formed in Ravenna, Italy in 1999. The band recorded their debut album, 'Upa a Baba' when it's members were merely 16-years-old. The record was well-received within the skate punk scene and a lot of shows in and around Italy followed. Even people outside of Europe started taking notice. In 2005, their second full-length, 'The Game,' was jointly released through the Canadian progressive rock label, Unicorn Records and Bells On Records in Japan. Bells On also re-released 'Upa a Baba' later that year and would become the band’s long-term label. After a European tour supporting THIS IS A STANDOFF in 2008, things got a bit tricky -- drummer Pinna was playing in another band at the time, so, in order to keep touring, a second drummer (Simo) joined the band. Some restructuring had to be done, but in 2009 ACTIONMEN contributed 3 excellent tracks to the legendary 4-way ‘Coalition’ split with French skate punk heavyweights, FORUS, HERO OF OUR TIME (U.S.) and Peru’s own, PLAY ATTENCHON. In 2010, ACTIONMEN had worked all the way up from "crappy hashish, warm cheap beers and a lot of rehearsing" to "good quality Marijuana, cold craft beer and fancy cheese" and released a split single called ‘With A Twist Of Thrash’ with MISLED BALDS from Japan. Another split with HOMER from Belgium was released the following year in 2011. ACTIONMEN decided to record the next album by themselves and after a few intense years of rehearsing and recording, their genius double album ‘Ramadama’ finally saw the light of day in 2013. The album threw a little curveball at Actionmen's fanbase ("Not everybody liked it, we understand") as it contains various musical influences that not every fan was too familiar with. The less close-minded loved it though and ACTIONMEN managed to widen their audience out of their core while remaining relevant to their existing fanbase. After another few years of shows and some mini tours through Europe promoting ‘Ramadama,’ guitarist and lead vocalist Libero shockingly left the band in the summer of 2016. The other three decided to keep playing and guitarist Matteo took over the vocals. In February 2017 the band recorded the first 13 tracks as a trio. 5 of these songs appear on the split with Manchester's DEAD NECK called ‘Defections,’ to be released on our label on April 30th. ACTIONMEN clearly have their roots in late 90s skate punk / melodic hardcore but are never afraid of bringing in influences of seemingly every other genre they please, which makes them a truly unique and one of the most lovable bands of our scene!